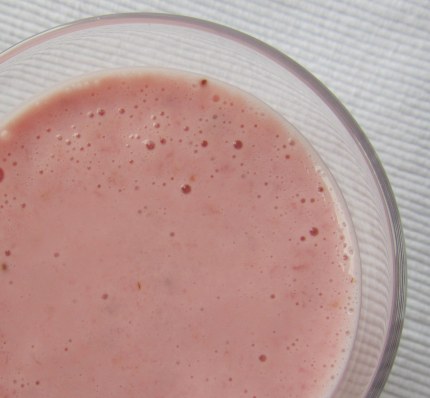 It is only a smoothie… Not much art in putting it together, really.  Just drop in the mixer 1 part of cut strawberries, 1 part of plain yoghurt and 1 part of milk. If you must, add crushed  ice cubes. Buzz in a mixer, check for sugar, buzz again. Chill. Drink. It was definitely more complicated put the kitchen aid to work for the first time… 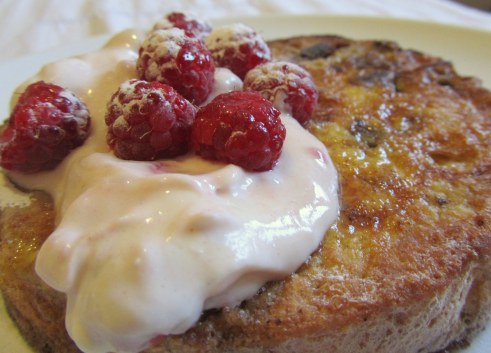 I cannot make rice pudding the way my Mother does. No matter how many times I have watched her doing it or how scrupulously I follow her instructions, it is not the same thing. It doesn’t taste the same, it doesn’t feel the same and it doesn’t do her recipe any justice. It seems just impossible to reproduce her pudding rice. For a while, I tried other recipes, like the one Spanish chef Juan Maria Arzak has in one of his books, to less than optimal results.

A few days ago, while watching season 2 of Masterchef Australia, I saw how Gary Mehigan  and George Calombaris did this rice pudding during one of their masterclasses. It looked delicious, packed with different flavors and textures, and they comprehensively explained how to cook it. And, I decided it to give a another go to rice pudding. Anyway, what sort of expectations would you have on an Australian rice pudding recipe?  It was worthwhile the effort. In fact, there was a respectful silence around the table while people eat their desserts… Do not feel tempted to remove the tarragon, on the pretenses that no rice pudding has green stuff on it. With the orange, it is a delicious combination.

Step 1: For the candied orange peel, place 1 cup of the sugar and 1 cup of water in a small saucepan over low heat, stirring until the sugar has dissolved. Increase the heat to medium, add orange peel and simmer gently for 45 minutes until syrupy. If you are not using it immediately, it is better to separate the peels and letter then cool).

Step 2: For the orange jelly, line a 500ml plastic container with cling film. Add ¼ cup water, orange juice and sugar to a small saucepan and bring to the boil. Sprinkle in agar agar and whisk for about 5 minutes until dissolved. Remove from the heat. Pour the mixture through a fine sieve into the lined container. Refrigerate for about 25 minutes or until set. Invert jelly from container onto a board and cut into 1cm cubes.

Step 3: For the rice pudding, add the milk, rice, vanilla bean and seeds to a non-stick saucepan. Bring to the boil and simmer uncovered for 30-35 minutes, or until creamy and the rice is tender, stirring regularly. Add the remaining sugar and stir for about 2 minutes until dissolved (I had to use the whole 1-L of milk, as the rice absorbed the first 700mL of milk).

Step 4: To serve, divide rice pudding between serving bowls. Arrange the jelly jewels on top, along with the orange segments, tarragon leaves, candied orange peel, a spoonful of syrup and some puffed rice. Serve immediately.